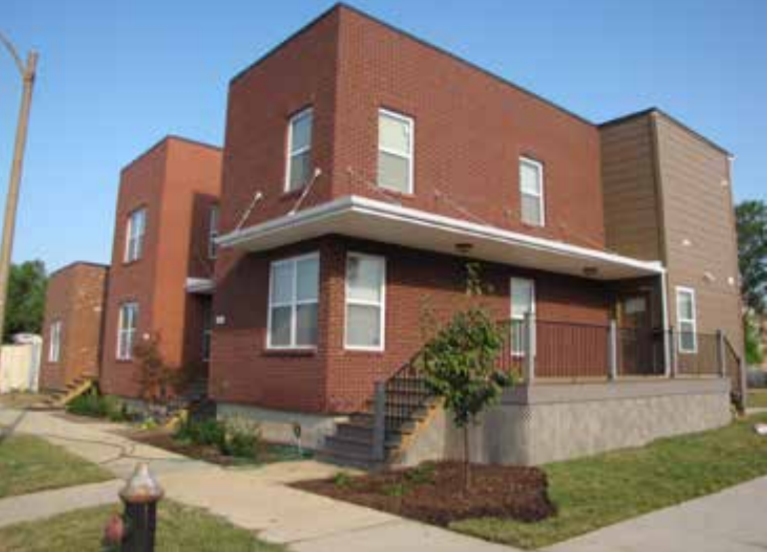 This article was originally published in the New Market Tax Credits Report, December 2012.

In the 2012 New Markets Tax Credit (NMTC) Application, the Community Development Financial Institutions (CDFI) Fund asked applicants to describe how they would use an NMTC allocation to make innovative investments, citing as one example, providing qualiﬁed low-income community investments (QLICIs) of $2 million or less to qualiﬁed active low-income community businesses (QALICBs). QLICIs of $2 million or less are not commonly provided because the closing and ongoing costs often exceed the net beneﬁt to the QALICB.

To deploy $42 million of NMTC allocation in 21 QLICIs of just under $2 million each, while keeping the net beneﬁ t to the QALICBs high, Smith NMTC Associates LLC recently partnered with U.S. Bancorp Community Development corporation (USBCDC), CEI Capital Management LLC (CCML), Novogradac & Company LLP, Polsinelli Shughart, Husch Blackwell, Elkins PC and Johnson & McCaa LLC to close the 21 QLICIs in a series of two transactions, with two tranches each, over a ﬁve month period from April to August 2012. Smith, USBCDC, Novogradac, Polsinelli, Husch and Elkins had already worked together to deploy over $270 million in NMTC allocation using the multi-QALICB model (described below) that reduces the per QALICB cost, thereby increasing their net beneﬁ t by combining multiple QALICBs in a single transaction with individual qualiﬁed equity investments (QEIs) and qualiﬁed low-income community investments (QLICIs) per QALICB. To further increase efficiencies, Smith and its partners used a multi-tranche approach layered on top of the multi-QALICB model to deploy the $42 million in CCML’s allocation over a series of two transactions with two tranches in each, for a total of four closings with ﬁ ve or six QALICBs participating in each closing (multi-tranche/multi-QALICB model). The resulting high efﬁciencies translated into greater beneﬁts for the QALICBs, even for QLICIs of less than $2 million.

The multi-QALICB model was developed to enable Habitat for Humanity afﬁliates to beneﬁt from the NMTC program, keeping their costs low and their beneﬁts high. Habitat for Humanity afﬁliates vary greatly in size and sophistication. This model made it possible for a Habitat afﬁliate that only builds a few for-sale affordable homes a year to beneﬁt signiﬁcantly from the NMTC program, thus expanding NMTC access beyond those larger scale Habitat afﬁliates that build more than 100 homes per year.

Beginning in 2008, Smith used this multi-QALICB model to combine several QALICBs into one transaction, using separate QEIs and QLICIs for each QALICB to isolate the risk. In this model, the QALICBs self-fund the leverage lender by monetizing the value of their construction in progress through a one-day loan, thereby eliminating the need for a conventional lender. The QALICBs are the joint owners of the leverage lender – with each owning a proportionate share of the entity based on their contribution to it. The QALICBs in this model also make use of the portion of the business (POB) rule and keep separate books and records for the NMTC transaction.

For example, in a 2009 multi-QALICB transaction, six Habitat afﬁliates shared one leverage lender, investment fund and sub-CDE, rather than having six of each entity. Splitting all costs six ways resulted in substantial savings for everything from closing costs to CDE audit/tax costs, to investment fund costs, to leverage lender audit costs and even loan servicing costs. The closing costs were further reduced by some of the features of the multi-QALICB model itself. For example, because the QALICBs had similar business models and structures, they shared the same attorneys, further reducing legal costs. Closing costs were further reduced at the front end by collecting and reviewing all due diligence before involving any attorneys and using streamlined documentation that has been reﬁ ned over the course of deploying $270 million in NMTC transactions. The savings using the multi-QALICB model with six QALICBs (compared to a single QALICB transaction) resulted in a per QALICB savings of almost $700,000. As shown below, the per QALICB cost for each of the six afﬁ liates using the multi-QALICB model averaged just over $223,000 per QALICB, while a single QALICB incurred more than $900,000 in costs.

While it is clear that the multi-QALICB model can result in substantial cost savings to the QALICB, the Smith team believed even greater savings could be achieved by closing a single transaction over two or more tranches, so that more than six QALICBs could share costs, further increasing each QALICB’s net beneﬁt. Achieving the maximum savings possible was critical to making QLICIs under $2 million work for both the QALICB (in terms of maximizing return) and for the CDE (in terms of managing risk). The multi-tranche/multi-QALICB model maximizes a QALICB’s return because it allows 10 or more QALICBs to participate in a transaction by closing the transaction in two tranches of ﬁve or six QALICBs per each tranche. Limiting the number of QALICBs that participate in each tranche to six maintains the efﬁciencies of the model by keeping the number of QALICBs per closing to a manageable number.

A single transaction can be closed in two or more tranches because under the multi-tranche/multi-QALICB model, the leverage lender documents are drafted to allow expansion to include additional members and the investment fund and sub-CDE operating agreements are drafted to anticipate and accept additional capitalizations through amendment and restatement. Novogradac aggregates the schedules so that the successive tranches reﬂected the aggregated funding of fees, reserves and beneﬁts.

Using this model, CEI Capital Management LLC deployed $42 million in total QEIs in a ﬁve month period in 21 QLICIs of just under $2 million each to 21 Habitat for Humanity afﬁliates located in 16 states. There were two transactions of two tranches each for a total of four closings which resulted in savings of more than $789,000 per QALICB compared to a single QALICB closing and $88,000 compared to the multi-QALICB model alone. The cost savings were realized in the same areas discussed above for the multi-QALICB model. The only difference is the savings were greater because the costs were split among 21, rather than six, QALICBs.

QALICBs that need smaller QLICIs of $2 million or less can be thought of as higher risk, because these QALICBs are perceived to be less sophisticated than larger QALICBs in handling the NMTC compliance requirements and/or ill-equipped (in terms of stafﬁng) to deal with the extra burdens of NMTC compliance. When a CDE has to manage multiple QALICBs, all of whom are perceived to have this greater level of risk, the burden of making multiple QLICIs under $2 million seems to outweigh its beneﬁts.
However, a CDE is better able to manage this risk through the multi-tranche/multi-QALICB model (as well as through the multi-QALICB model alone) because Smith provides ﬁnancial counseling and other services to each QALICB before, during and after each closing (and throughout the seven-year compliance period). Before the closing, Smith educates the QALICB’s board, staff and ﬁnance committees on the NMTC program, the multi-tranche/multi-QALICB model and the compliance requirements. During the closing process, Smith continues to work with the QALICB to collect and review due diligence requests and identify and resolve any due diligence issues before the attorneys get involved. Also, during the closing process, Smith’s ﬁnance department works closely with the QALICB’s ﬁnance staff and outside auditors to explain the pending NMTC transaction and the effect of keeping POB books on both the POB books themselves as well as the QALICB’s books. After closing, Smith’s ﬁnance department provides actual POB opening entries and sample entries for typical transactions a QALICB would see and need to book. On the compliance end, Smith’s staff regularly works with the QALICB to assist in collecting information required by the CDE for reporting purposes. This ongoing education of and communication is especially important with smaller QALICBs that are most in need of QLICIs of $2 million or less. Ongoing education and communication with smaller, less sophisticated QALICBs is the key to effectively managing the risk of smaller QLICIs.

Building on the success of the multi-tranche/multi-QALICB model, even more QALICBs can be funded with QLICIs under $2 million. Pursuing innovative investments with NMTC allocation cannot only answer the CDFI’s call for innovation, but also bring much needed ﬁnancing to areas of the greatest need.