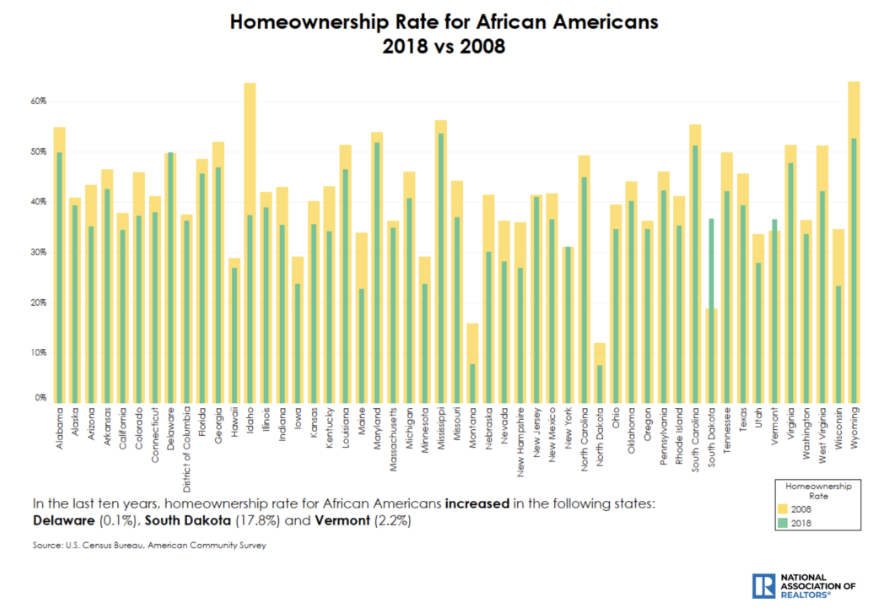 According to a recently published NAR survey, African Americans were rejected for financing at nearly twice the rate of White/Caucasian mortgage applicants, and 62% of African American respondents reported that they rejected because of their debt to income ratio. The disparity in income across demographics deepens the impact to minorities as access to homeownership is increasingly harder to afford for everyone.

There’s no silver bullet policy proposal to correct the nation’s systemic wage gap or housing affordability crisis. But there is a way to introduce greater housing supply and to preserve it for lower income Americans in communities where plummeting ownership has stripped the landscape of residential longevity and vibrancy. There are already tax credits dedicated to increasing affordable rental, but we can create greater impact by encouraging affordable homeownership – it restores a tax base for the community, stabilizes the population, and – vitally – reintroduces a fundamental wealth-building opportunity to individuals.