With two $10M allocations, ANDP acquired 133 single-family homes to rehab and sell to moderate- and low-income families to stabilize struggling areas in the Atlanta Metropolitan Statistical Area, including the Pittsburgh neighborhood which once had the nation’s largest foreclosure rate and now is the most underwater zip code in Metro Atlanta. ANDP uses a scattered-site model focused on addressing issues of affordability, suppressed housing values, and neighborhood stabilization to impact hard-hit and low-income portions of its target area for this project of eight metro counties (Clayton, Cobb, DeKalb, Douglas, Fulton, Gwinnett, Henry and Rockdale). At the time ANDP began its work in the area, 72% of the population was minority; 34% of all households earned less than $25,000 and 48% earned less than $35,000. The area’s homeownership rate had fallen significantly since 2007 and was only 39.8%. The vacancy rate was high at 16.4%.  This cradle of hard-hit neighborhoods is centered in the south metro region which was ground zero for high levels of foreclosures during the Great Recession. These low-income, largely minority neighborhoods south of Interstate 20 and along the corridors of Interstate 85 and portions of Interstate 75 had experienced little real estate activity and slow rebounds in home prices.  With NMTC financing to support ANDP’s long-term redevelopment plan, these neighborhoods have begun to stabilize, housing values have improved, and more affordable homes are available for low-income families to reap the benefits of homeownership. ANDP has committed to selling at least 20% of the homes funded with NMTC financing to individuals with an income at or below 80% of the median family income.

As a member of The Housing Partnership Network (HPN), ANDP submitted its project’s funding needs for consideration when HPN, a certified CDE, was awarded NMTC allocation by the CDFI Fund.  Having created the model for using NMTCs to support affordable homeownership, Smith NMTC served as consultant: structuring the transaction, facilitating the closing process and providing ANDP with ongoing support in NTMC compliance reporting and accounting. 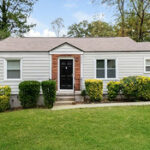 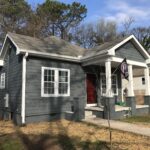 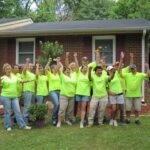 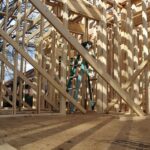